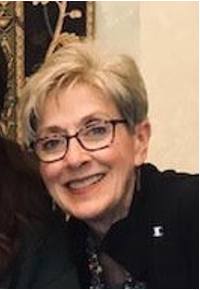 My name is Linda Hull, and I’ve been a member at Cornerstone EPC since 1997, and was previously a member at Ward Presbyterian (since 1986).

After fulfilling a second term as a CEPC Elder, I was asked to serve on the CCS Board.

I began a 33 year career in High School Education at Lee M. Thurston HS in Redford Twp (Art and Home Economics} in 1970, retiring in 2003.

For 22 years, I have been active in the Brighton Evening Community Bible Study Class, in Leadership for 18 of those years, serving two years as Assoc. Teaching Director, and as a longtime Core Leader and Senior Leader.

I presently enjoy serving with Kingdom Seekers, DivorceCare Facilitator, CEPC VBS, Military Ave. VBS, and Forgotten Man Ministry Pen-Pal Program. Because of my involvement in Kingdom Seekers and former experience with Cornerstone's ReFresh Program and my decades of years working in the church nurseries and other capacities, I recognize many of our CCS students in the hallways, in sports pictures and other school events!

I’ve been married to Dennis Hull for 21 years. Our blended family consists of 4 grown children, 7 grandchildren, 1 great-grandson, and a great-granddaughter on the way in July. I enjoy cooking and anything kitchen related, and since retiring, I have discovered a love of reading.